Exhibitions > Toys of the Future

Toys of the Future 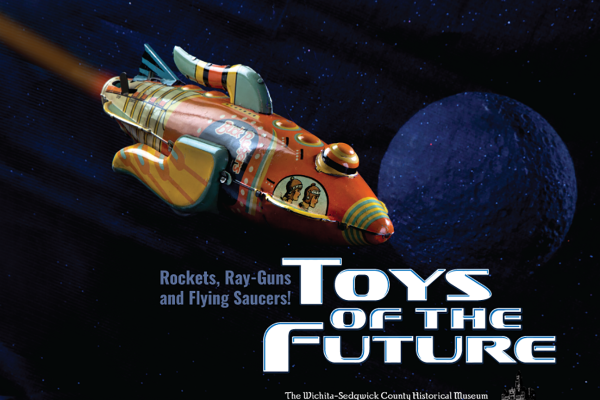 Toys follow tools as the earliest known artifacts.  Essentially the world in miniature created for the amusement of children, toys are fun, yet they exert an influential force upon the present. In our time, the nature of “the toy” has not changed nearly as much as the world has. In the modern age, when the future presented itself as a force to be reckoned with, toy designers took on the challenge; there is no finer example of this than “space toys,” the rockets, saucers, robots and ray guns that became available to children during the 1930s and onward – the era of Buck Rogers, Flash Gordon, and other gravity-defying, planet -hopping heroes.  The Museum featured a stellar and widely celebrated local collection of these colorful, imaginative, pre-NASA toys in a special exhibit, Toys of the Future in conjunction with Exploration Place’s special exhibit, TOYTOPIA. 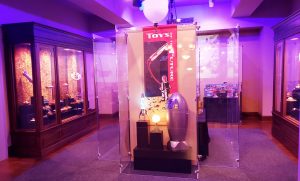 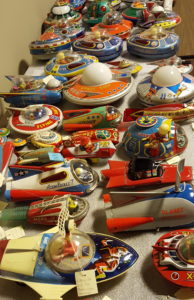 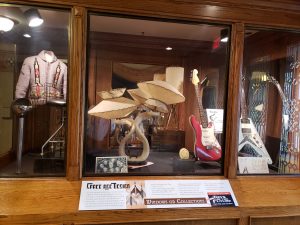 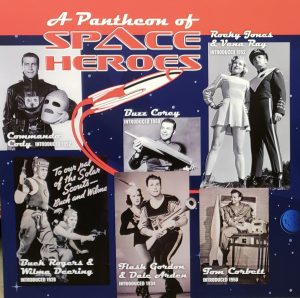 Register for Exhibition: Toys of the Future

Your ticket for the: Toys of the Future

Toys of the Future