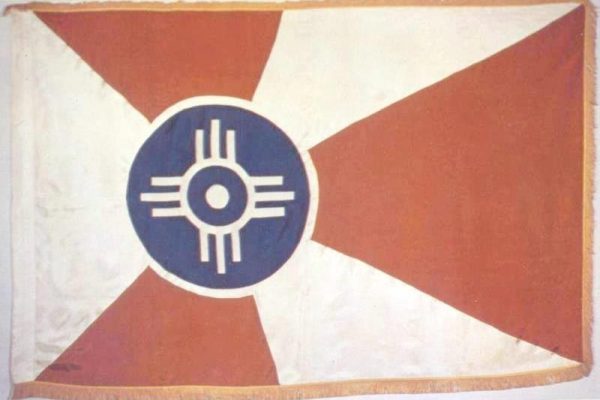 Born in Wichita in 1890, Cecil McAlister found employment as a young man at the Western Sign Works Company, notably designing a flour milling exhibit at the 1915 International Wheat Show held at the Forum. After leaving the city in 1918 to study art in Chicago, McAlister returned to Wichita in 1919 and opened the Wichita Sign Company, producing outdoor signs and advertising. In 1920, McAlister, aspiring to the life of a fine art painter, eschewed sign painting to focus on landscapes, portraits, and still life at his newly opened Modern Studio. McAlister continued to supplement his income with display work for the Boston Store, Rorabaugh Dry Goods, and Greenfield Brothers, as well as residential decorating work.

The Great Depression forced the closure of the Modern Studio in Wichita and McAlister moved the studio to his farm on South Broadway. McAlister continued his fine art work, but he was forced to return to sign painting and commercial art to support his family.

His award-winning Wichita flag design brought him national recognition. Sponsored in 1937 by the American Legion and the Rotary Club, McAlister won $40 for his entry featuring a white sun circle, a blue sun, and red and white stripes, symbolizing the Indian word “Wichita,” which means “scattered lodges.” In a statement to the Wichita Eagle on June 15, 1937, McAlister said, “These stripes running in and out of red and white are symbols of rays of light or ways to come and go, open and free to all.”

McAlister’s later work was greatly influenced by his background in large scale graphics, and he became well-known for his interior murals adorning the walls of Wichita homes. He died in Wichita on January 6, 1969.~ 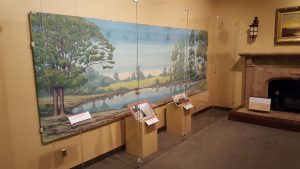 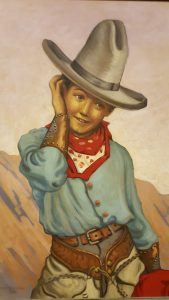 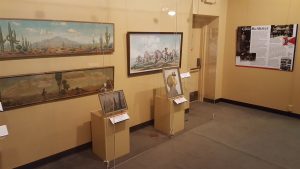 Your ticket for the: Cecil McAlister